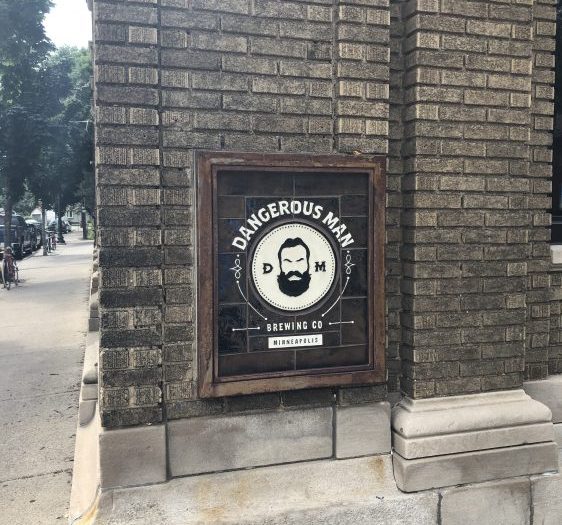 I was told to come here by someone from Duluth and also a close friend – so I went into the place with high hopes.  We visited mid-week at a slight off-hour and the place was busy but not overly so. I’ve been told (and could tell by the crowd that was there) that the place fills up after work and especially on weekends.

We picked a spot at the bar and sat down.  We were instantly greeted by multiple bartenders with smiles on their faces.  Dad and I looked up at the menu and saw that there was quite a bit of beer for him and for me to try.  He grabbed the Milk Stout and the Peanut Butter Porter and I grabbed the Tri-Hop Sour and the Peach Citra Sour.

Dad enjoyed his beers and I loved mine.  I believe he said it was the best beer he had on the trip. And I would have to concur.  Dangerous Man knocked it out of the park for me.  The Tri-Hop Sour was light and crisp with a little bit of bite to it and the Peach Citra Sour was so easy drinking I looked down and my sample was gone. 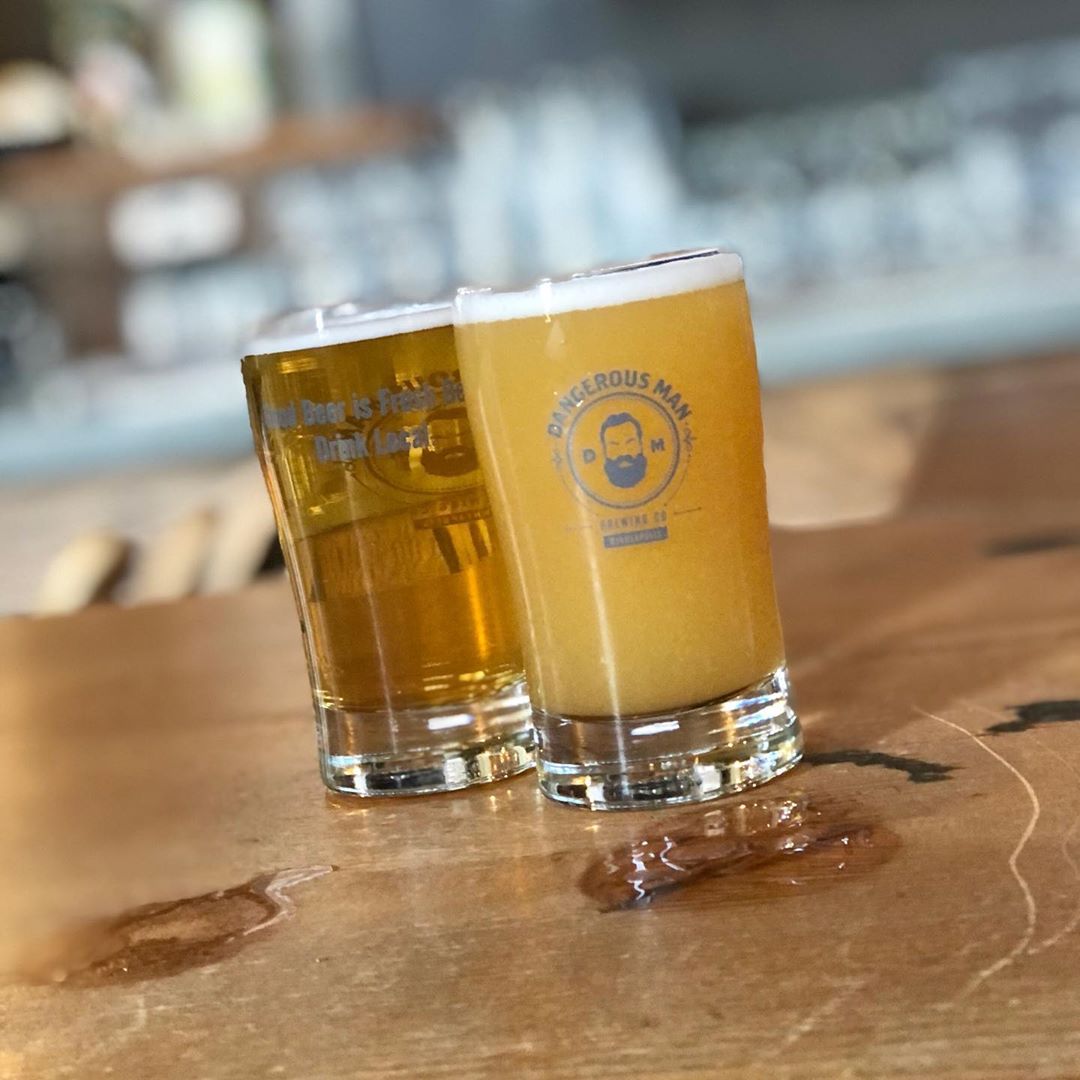 I moved on to two more beers – Key Lime Gose and Pineapple Passionfruit Milkshake IPA.  The Key Lime gose was “tart and mouthwatering” according to my notes and the Milkshake IPA was “damn delicious”.  I was extremely happy with my samples. 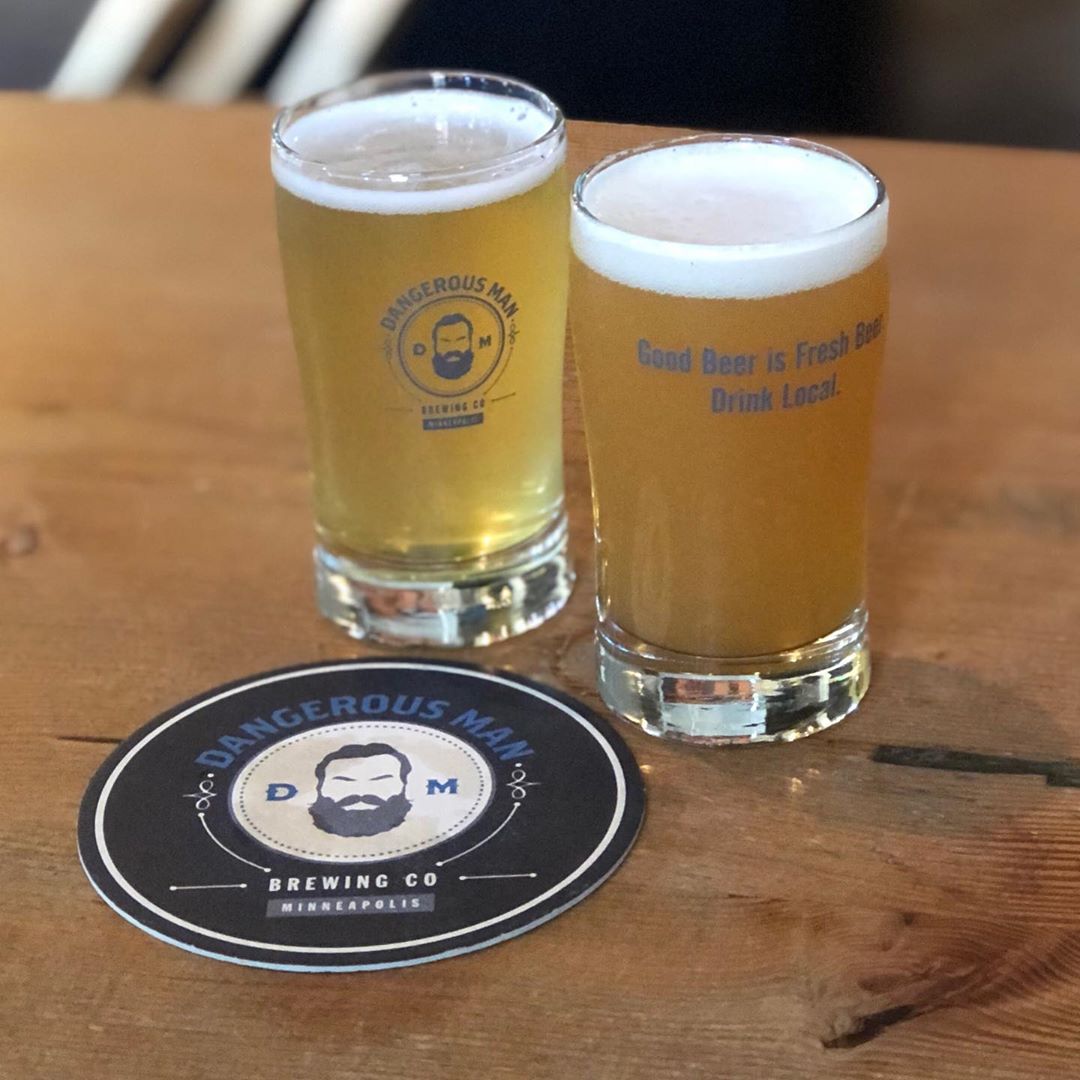 The space was pretty open and had relatively good acoustics. I’m sure once it filled up it would get louder – but it was perfect to sit, relax, have a beer and enjoy.

I don’t know if I’ll ever make it back out to Minneapolis, but if I do, you can be sure I’ll be visiting Dangerous Man again.  The biggest regret I have is that I didn’t pick up some merch (probably a hat) while I was there!

We are a destination microbrewery & taproom located in NE Minneapolis. Our focus is high-quality, small-batch production beers with ever-changing taps.

We are family friendly and welcome anyone from anywhere.