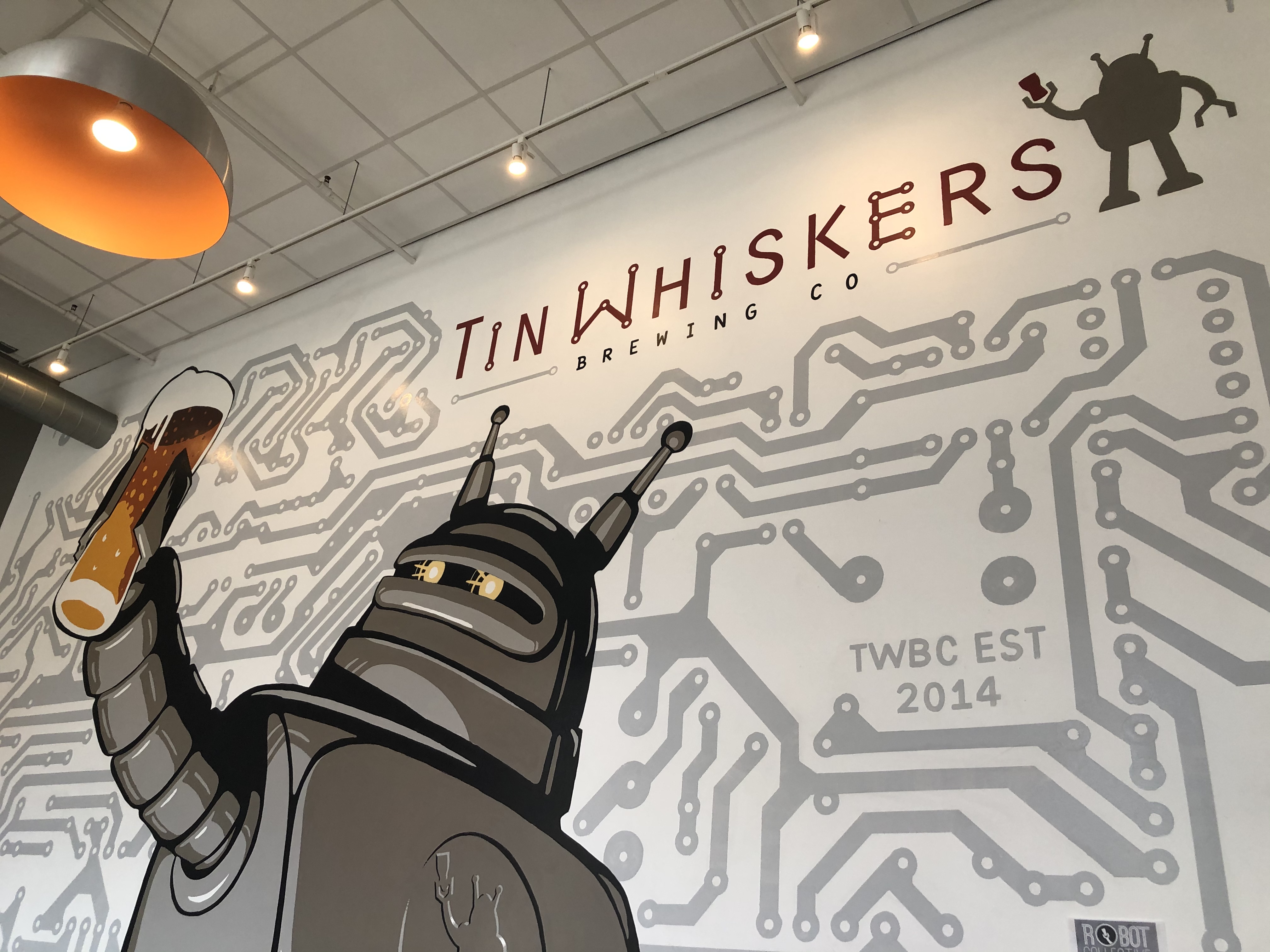 I’ve been following these guys on Instagram since before they opened.  They were one of the first breweries I interacted with as Brian Beer God.  It’s been at least 5 years (if not longer) and I was finally able to get there. 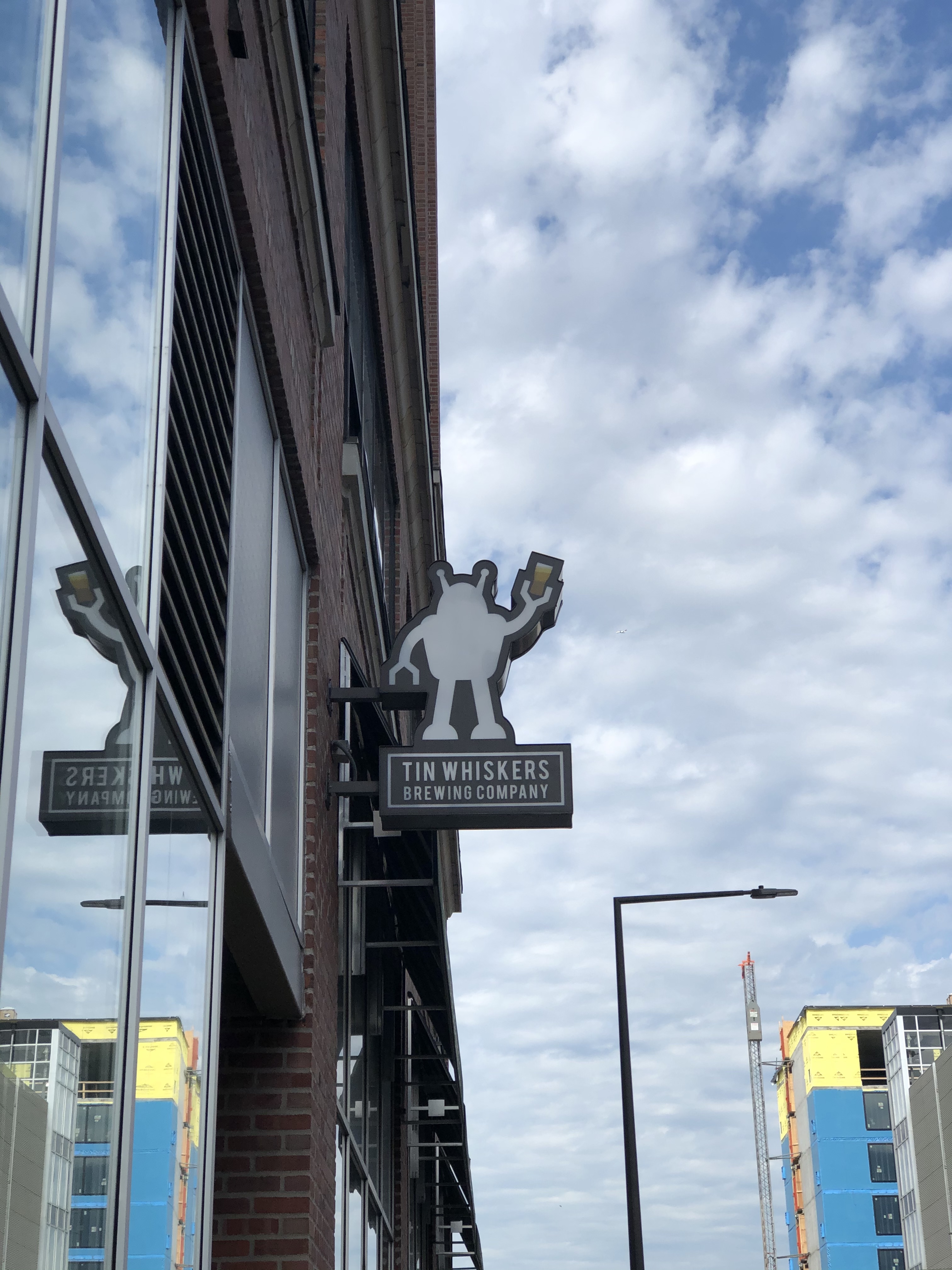 The place was wide open and utilized their space as well as they could.  You walked into a place with wide open tables and open feel and you could see the brewing equipment behind the bar. It was a bit warm in there (probably had some AC but it was SUPER hot out and they appeared to be brewing while we were there. 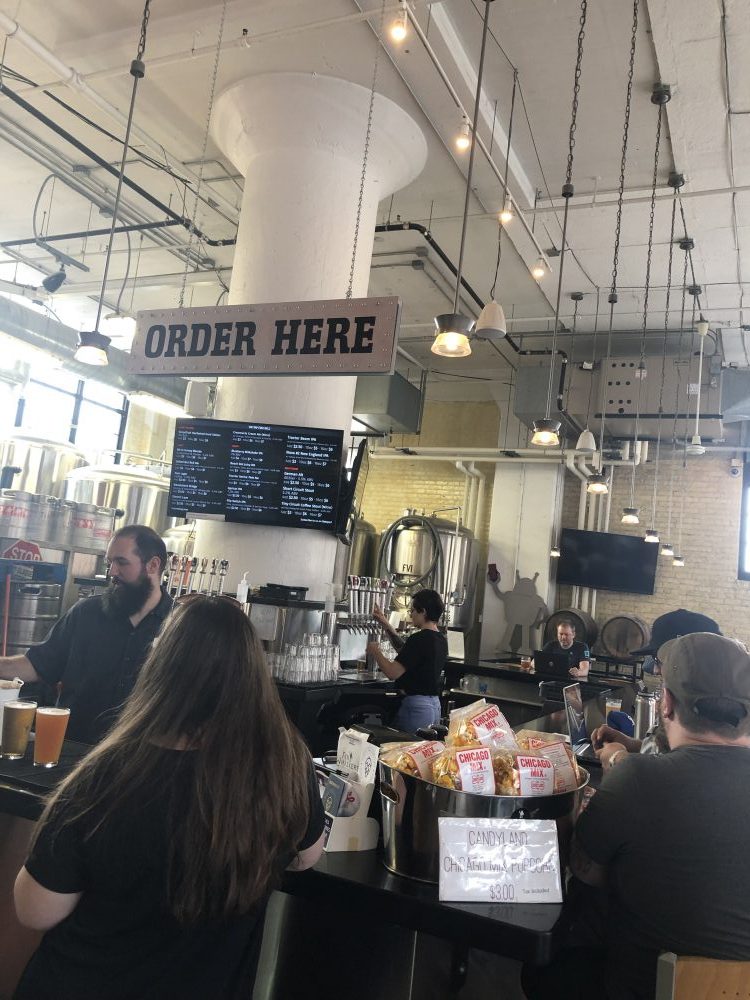 The bar was easy to step up to and order from, and I found everyone I dealt with to be super nice and helpful.  I ended up ordering a flight with a couple interesting beers in it. 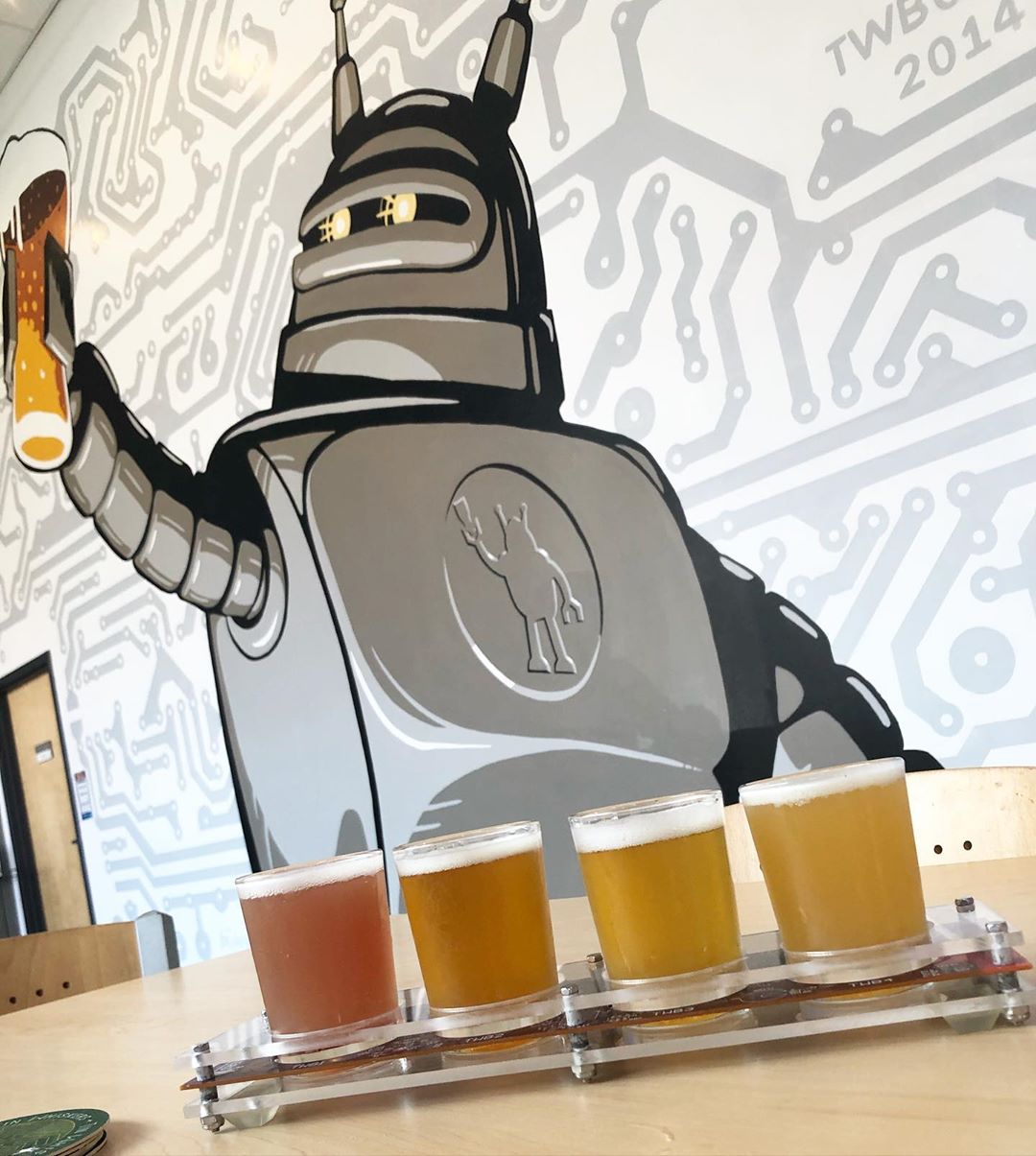 It’s hard to see here, but the flight board was a circuit board (which looked to be custom created for Tin Whiskers).  It had the numbers listed below each beer so you didn’t forget which beer you were on (and could look at your list to compare.

Stand out beer that I had was their Blueberry Milkshake IPA – it was delicious and had subtle blueberry flavors, a nice mouthfeel, and an overall really nice vibe.

I didn’t spend a ton of time here, but if I lived closer I’d definitely be here again.

Tin Whiskers is on a mission to make Artfully Engineered Beers, and is the perfect place for beer-nerds and non-nerds alike. We bring our electrical engineering background into the brewery with our beer names, our scientific approach to the brewing process, and our branding — including circuit board flight holders.

For the thirsty, we have year-round beers, seasonal offerings, and prototype “Fourier Series” small batch recipes available in the taproom. Whether our beers are a creation of our brewing masterminds or a collaboration with others in the industry, we promise to always have something on tap you will love, whether it’s for a pint or a whole flight.