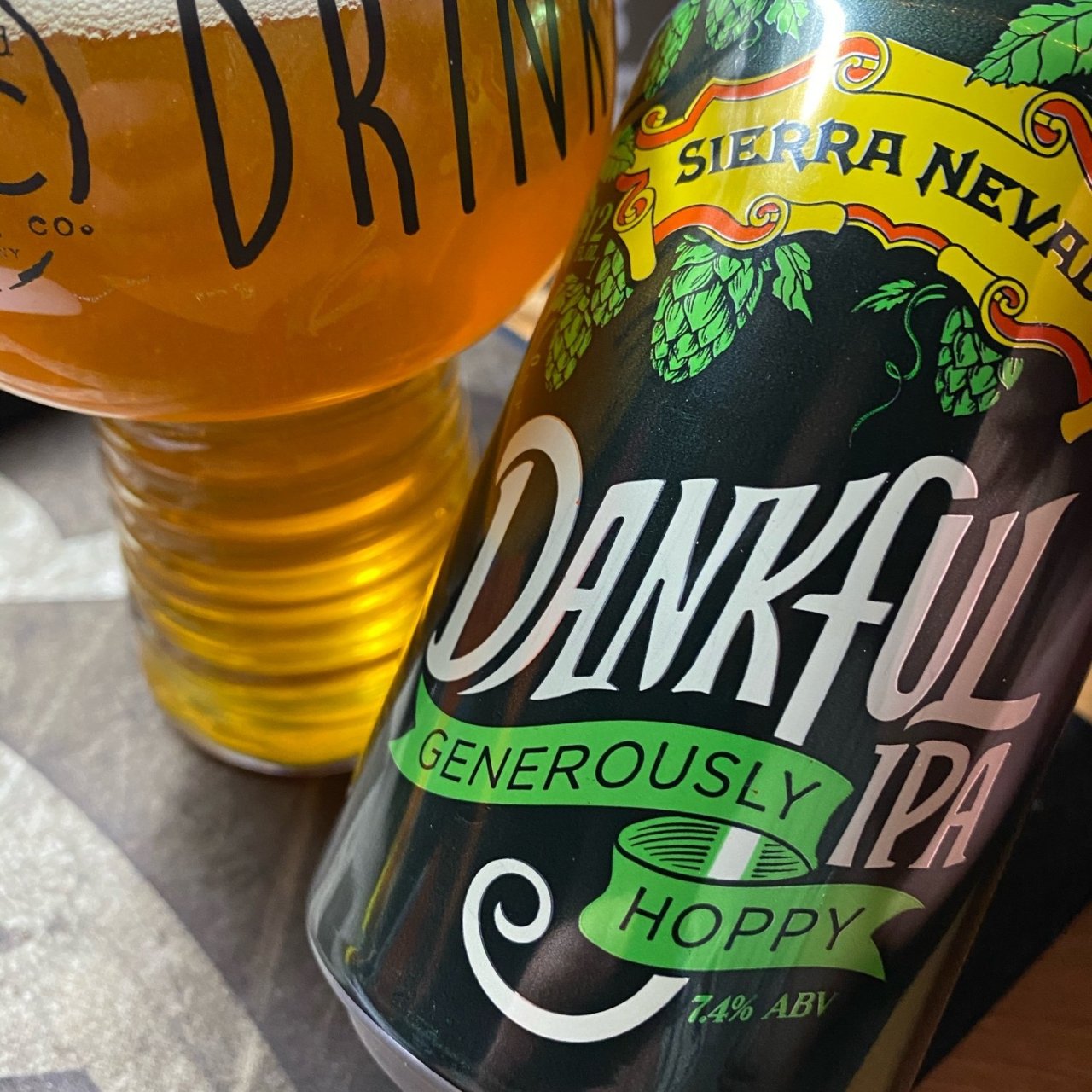 This was less aggressively “dank” than I expected it to be, but I think I went into it with more of an assumption than I probably should have. The name had me expecting Stone Ruination levels of “dank” but it was more muted than that. At 55 IBUs, that makes sense as well – since Ruination was 100+, this is much more approachable.

Now, with that said, this was still a tasty-as-hell IPA with some nice west-coast vibes to it in an IPA scene that’s flooded with sweet and citrusy. Not to say it isn’t balanced either, because it is. I was genuinely surprised to see that this is 7.4% because it didn’t drink like that at all, more like a 5-6% IPA.

A better tomorrow is why we brew Dankful, a resinous West Coast IPA that supports nonprofits standing up for social equality, economic well-being, and environmental protection. Through this philanthropic pledge, we work with nonprofit partners dedicated to moving our communities forward. We’re Dankful for that.

Dankful Donations
$1 Million Supporting Nonprofits
Beer is often the best thank you, and through Dankful we’ve committed at least $1 million in donations to support nonprofits who make our communities better. Our first partner is World Central Kitchen who has provided 25+ million meals to families facing food insecurity during the COVID crisis.