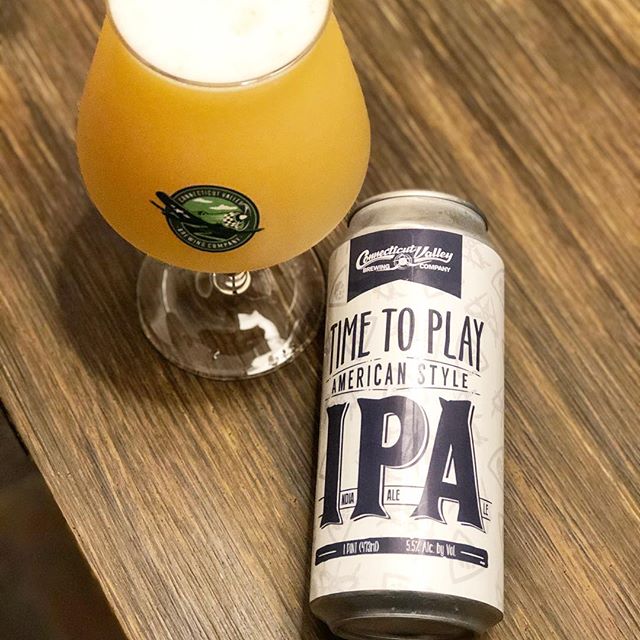 Original Tasting Notes:  So my first @ctvalleybrewing is a doozy. Time to Play American Style IPA – this smells amazing. I can’t even explain how good it smelled. But as good as it smelled it tasted even better.

I know I talked a lot about the smell in my original tasting notes but the second I opened this I was assaulted with amazing scents of fresh hops and a little bit of citrus. Looking it up, it’s Citra that attacked my nose.  I should have been able to guess.  But from CT Valley’s site, it looks like the only hops they used in it.

The first sip was so good I had to instantly take another one.  I was preparing for a podcast with a book buddy (Audiobooks After Dark) and I ended up drinking this during the whole show and I wanted to take my time with it even though it had a very crushable feel to it.

Overall, a delightful first beer from a newer CT brewery.  I have a few other beers to try from them and now I cannot wait!

Mellow and easy-drinking, our 5.5% Time To Play IPA, is a refreshing showcase of the softer side of the Citra hop. The light citrus aroma yields to a pillowy mouthfeel and refreshing kiss of lime before finishing with subtle hints of peach. Remember the work never ends, so you have to make Time to Play!