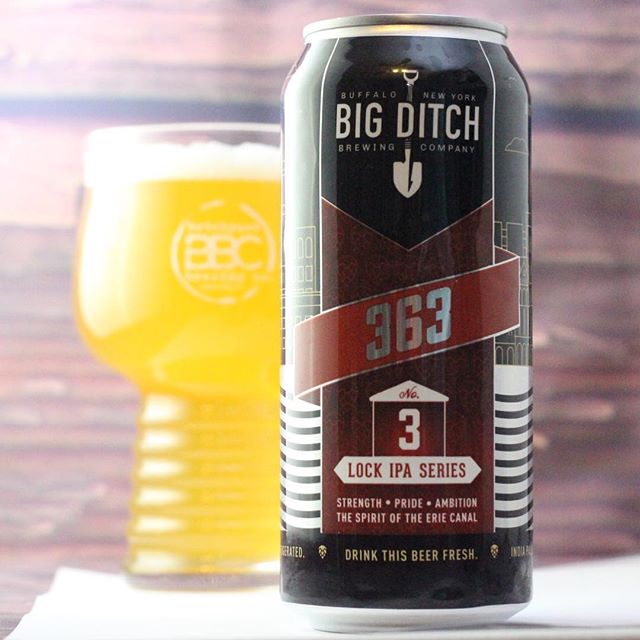 Original Tasting Notes: Loving the local brews lately. This 363 (lock series #3) by @bigditchbrewing is a tasty one

Big Ditch has been really stepping their game up lately – and 363 was nothing to laugh at.  The third beer in their Lock IPA series – this was my favorite so far.  It was smooth and delicious without being overly bitter or sweet.

363 is the third beer in our Lock IPA series, whose name represents the number of miles the Erie Canal stretched when it was originally constructed. 363 is brewed with Trois yeast, which imparts tropical, mango and pineapple characteristics to a beer brewed with Azacca, Mosaic, Simcoe and Zeus hops, which add boatloads of dank, citrusy aroma and flavor.