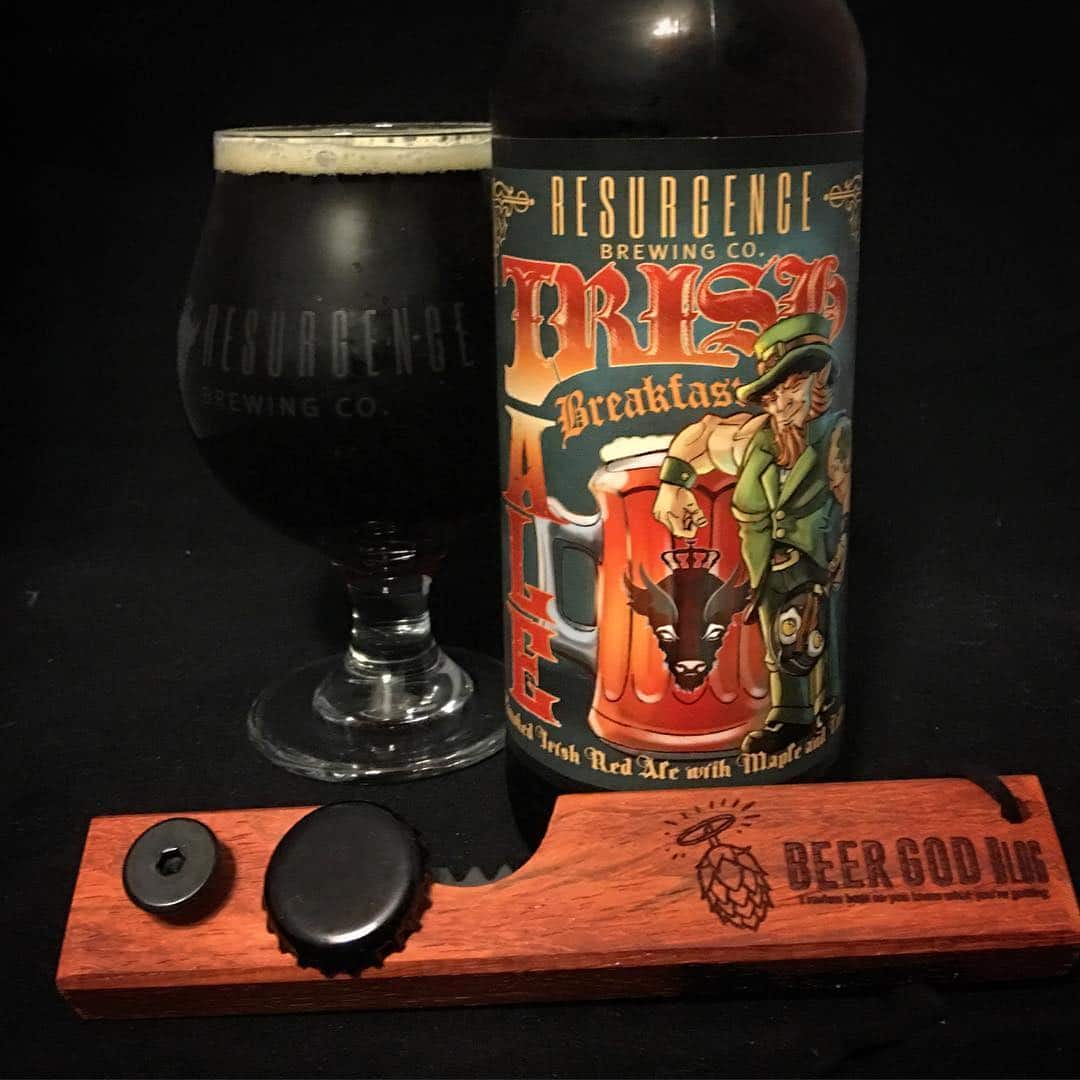 I was able to taste this at the brewery on tap and have it out of the bottle.  Both taste very strongly of maple, which was a really nice mellow flavor profile in this beer.  I haven’t had too many “Irish Red Ales” but this beer is something that I will be looking for more of next year.  This is probably genuinely the first beer Resurgence has made that surprised me.  I had my first sip and actually said “wow” out loud.

We’ve finally captured the leprechauns’ secret formula, and bottled it up for your enjoyment along the St. Paddy’s Day parade route, while celebrating at home or anywhere you need a little luck o’ the Irish.

This beer is brewed like a traditional Irish red, with a smoky twist. Caramel and red malts lend a full body to the beer with some toffee sweetness that mingles with the smoky, bacon-like character from Beech Smoked malt. Aged with maple syrup and coffee beans, the Irish Breakfast beats Lucky Charms for breakfast. It’s perfectly balanced without too much sweetness, and a nice coffee finish, just like that last sip of your morning cup o’ Joe before you head out into your day.

We brewed this beer to sell alongside the traditional Irish Reds that take the market this time of year, in anticipation of St. Patrick’s Day. This one has more character than a Killians, perfect for the celebrator who wants a craft-brewed alternative to the big names we see scattered in the gutter along parade routes.

Fans of red ales will love Irish Breakfast’s allegiance to the style, and appreciate the slight twist we put on the classic. Those who enjoyed our Vanilla Cappuccino Pumpkin Ale last fall will recognize similar coffee flavors, and Smokey the Beer drinkers will notice a similar smoked profile. We like the way this year’s Irish Breakfast Ale balances the maple and coffee against each other, allowing the sugar shack, straight-from-the-tree maple scent to come through, balancing the coffee’s potential bitterness.